Why it’s on the list: PostSecret is an ongoing community art project where people
mail in their secrets anonymously on one side of a postcard. It’s a fascinating site and I’m often intrigued by some of the things that appear there. I want to be part of it!

How/when I’ll judge this task to be completed: When I have found a suitable postcard, annotated it appropriately, sent it to Postsecret and had it displayed on the site. I’ll link to the relevant entry here. (Obviously it won’t be anonymous to anyone reading this!!)

OK another one I’ve left late – in facrt, too late to genuinely qualify as a completed task – but this is my list and I set the rules so as far as I’m concerned it’s done! I sent my PostSecret card today so it won’t be on the website for a while yet, but it’s been sent and I’m happy with that. And here’s my PostSecret: 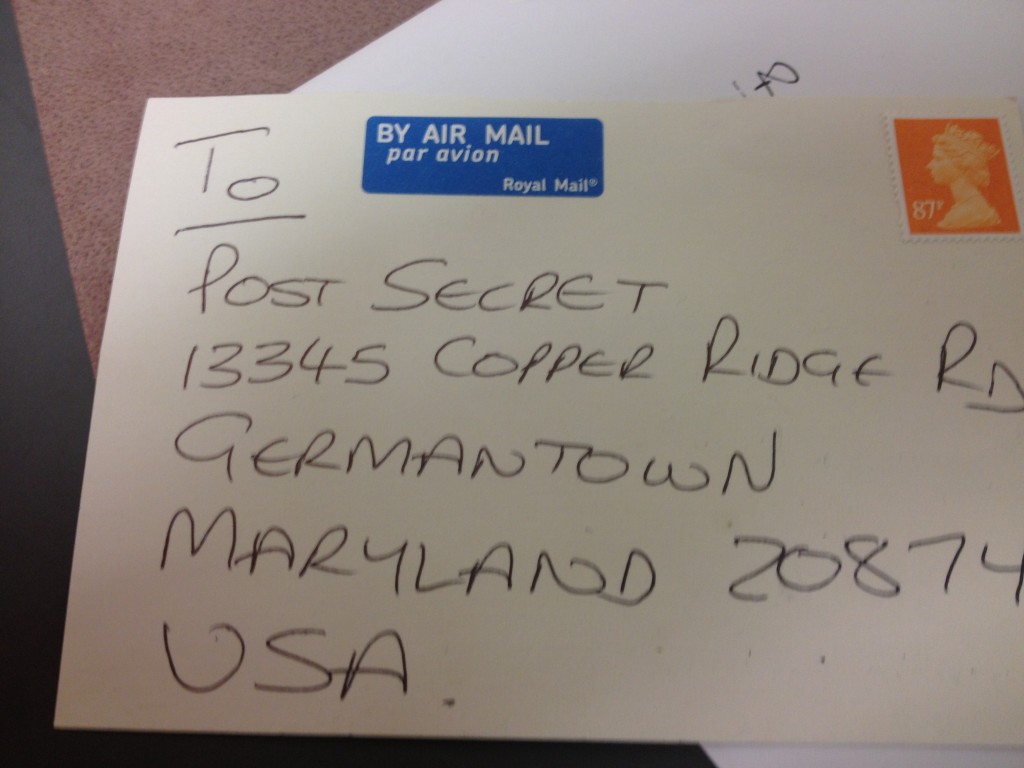 and no, you can’t see the other side. I know I said I would show it here but I decided that would completely disrupt the whole idea of PostSecret, which is about making confessions anonymously – so you’ll just have to keep an eye on the site and see if you can spot it sometime!