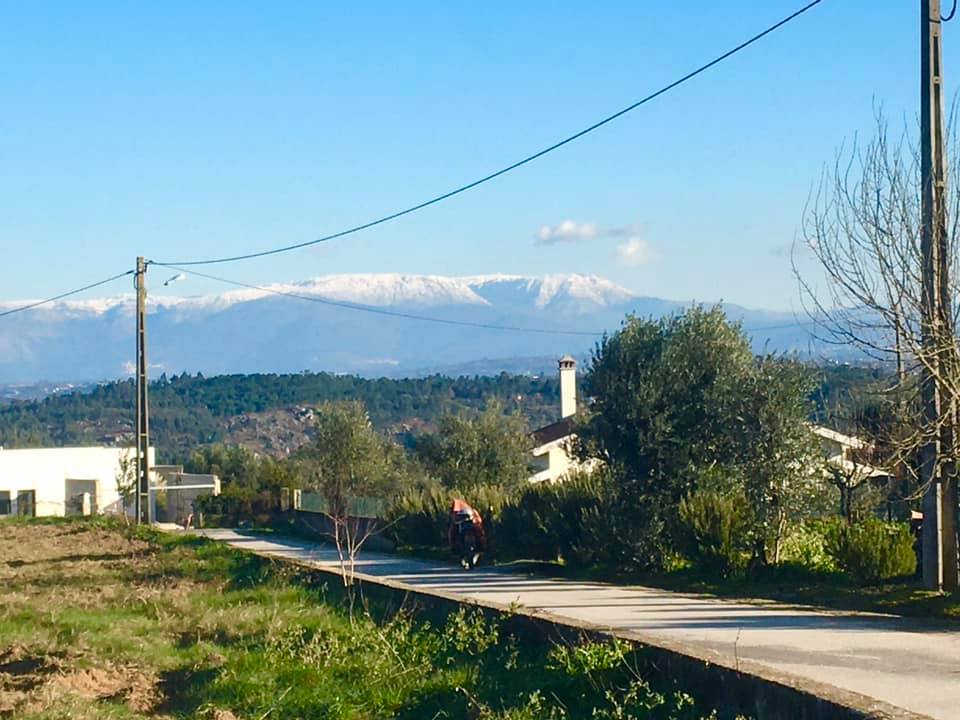 Two months into 2021, and I realised I hadn’t written anything about this year yet! The trouble is, after being lucky enough to get to the UK for Christmas, I came home to a Portugal plunged into disaster after a catastrophic decision by the government here to basically let people do whatever they wanted for the entire festive period. By mid-January we had gone from being one of the best countries for management of coronavirus to the worst, with new cases and deaths outstripping even the UK on a comparable population basis. Here in Carregal do Sal, where we’d had only 16 cases between March and October, we rocketed to over 400, with a rate of over 1200 new cases per 100,000. Lockdown #2 here we come.

So I’m back to a life that revolves around work and dogs! I venture into town once a week for shopping and to get water from the local spring fountain, but otherwise the only time I leave the house is to walk the dogs around the village – keeping my distance from my neighbours, of course, many of whom now wear masks when out and about, even when they are miles away from other people.

February is Carnaval in Portugal – a festival of colour celebrating Lent. Two years ago (yes, I’ve been living in Portugal for two years now!) I went to Pampilhosa da Serra to watch the parade; last year I saw the parade in Coja and enjoyed music, drinks and fireworks with friends, This year … well, Carnaval was cancelled. As will Easter, by all accounts. I’m hoping we might be in a good enough position to have some festas during the summer, but I’m not holding my breath. One day, though …

I did have to make an official visit to Viseu, my nearest city. Thanks to Brexit, I’ve had to exchange my UK driving licence for a Portuguese one and the process has taken forever. It began with a medical at my local centro de saude (health centre), which took a while to organise. When I finally saw the doctor, I was honest enough to confess I am deaf in one ear – the result of childhood measles – and he insisted I go for a hearing test! Two weeks and thirty-five euros later, I could proudly tell him that I am indeed profoundly to totally deaf in my right ear… A certificate was issued and sent to IMT, the Portuguese equivalent of DVLA, and at the start of November I forwarded all my required paperwork too. I received email acknowledgement but then I waited … and waited … and waited. Finally, in January I received an email asking me to pay 30 euros and send them my UK driving licence … I felt quite sad doing that! A week later I received a temporary paper licence, and then last week I received a text out of the blue asking me to go to the IMT office in Viseu for the final stage of the transfer. This involved a 90-minute round trip for the sake of a photograph and a digital signature … but at least it’s done, and with any luck I will receive a proper plastic driving licence card in the next week or so.

Another downside of Brexit is that many parcels from the UK are being held up at Customs. I treated myself to an Oodie – a kind of massively oversized fleecy hoodie – for my birthday, and it has taken forever and cost me an additional 30 euros in taxes and handling fees. I really feel for companies who are affected by this – including friends in Portugal who sell handicrafts and have had to stop shipping to the UK (their main source of customers) because of the complexity of customs. Bah.

But it seems there has been one upside to Brexit – for the UK anyway. The one sensible thing the UK government did was get in their orders early for the Covid vaccination and it’s been great to see how well the NHS are handling the mass vaccination process. And worrying to see how poorly Europe, and Portugal, is faring – while the UK has vaccinated nearly a third of all adults, and is anticipating everyone will have received one dose by the end of July, the Portuguese government was this week celebrating the fact that 35% of the over 80s have been jabbed. Bah again. At this rate, I’ll be getting my arm stuck in July 2022….

It’s not all doom and gloom here though. Back in early January I turned 50 and I celebrated on the day with a Zoom call with my family, and then a few days later with a fantastic Zoom birthday party organised by my lovely daughter. Around 35 people gathered on and off throughout the day and we played a hilarious game of Taskmaster – an official one, as a fund raiser for Homeless Link. You can find out more about it here. We had so much fun, doing stupid tasks like balancing things on plates, dressing up and creating weird scenarios – I won’t say much more in case you fancy giving it a go yourself; I highly recommend it!

And I had cake … as did everyone else!

While socialising is off the cards for now, I’ve met my American neighbour Cate for wine on the veranda a couple of times, and also seen another couple of friends to collect some essentials – a bag of dry pine cones for the woodburner, and a cake box, after Buddy ate my birthday cake in the middle of the night! I’m really looking forward to the time when lockdown is over and we can meet up in a café for a meia de leite and a pastel de nata, though.

I’ve been finding plenty of things to keep me busy. I’ve had a few bits of work in, which has been good, and I’ve also decided to relaunch a podcast I first started back in 2014. Conversations with Authors is pretty much what it says: me having a conversation with an author about what inspires them to write and what advice they would give to other aspiring authors. I’ve recorded half a dozen interviews already and am now going about editing them – it’s something I enjoy doing, but it’s very time consuming.

I’m also trying my hand at creativity. I’ve been building a miniature library (a birthday present) and chatting to a friend over Zoom on Sundays, and I’ve also bought a few ink pads and silicone stamps and packs of pretty paper and am doing an art journal spread every month. And I relearned how to crochet over the New Year, though I’ll admit I haven’t done any since I’ve been back, so no doubt I’ll have forgotten how!

I’ve read – a lot – and have enjoyed a couple of warm afternoons reading snoozing in the hammock. I’ve got back into my DDP Yoga and am determined to lose this lockdown belly. And I’m binge watching the incredible TV drama Line of Duty, in preparation for series 6 that starts soon. (Thank goodness for VPN services!) I was also in the virtual studio audience for a BBC TV stand up comedy show and I have a ticket to see the Radio 4 comedy Newsjack being recorded next week. I also decided to have another go at the 101 things in 1001 days challenge, and you can see my list here.

So I’m surviving – not thriving, especially, but doing my best to get through these challenging weeks in the hope that after lockdown, we will have more freedom and I can get out and enjoy life a bit more. My aim this summer is to explore a different praia fluvial (river beach) every week, and also explore some of the other anthropological sites in the area. A weekend in Porto would be lovely, and a day trip to the Portuguese seaside, or to visit the Templar sites in Tomar. I also hope to get back to the UK to see friends and family in the summer … though that’s dependent on the vaccine, I guess. In which case …. Well, I have a sofa bed and you’re all welcome!