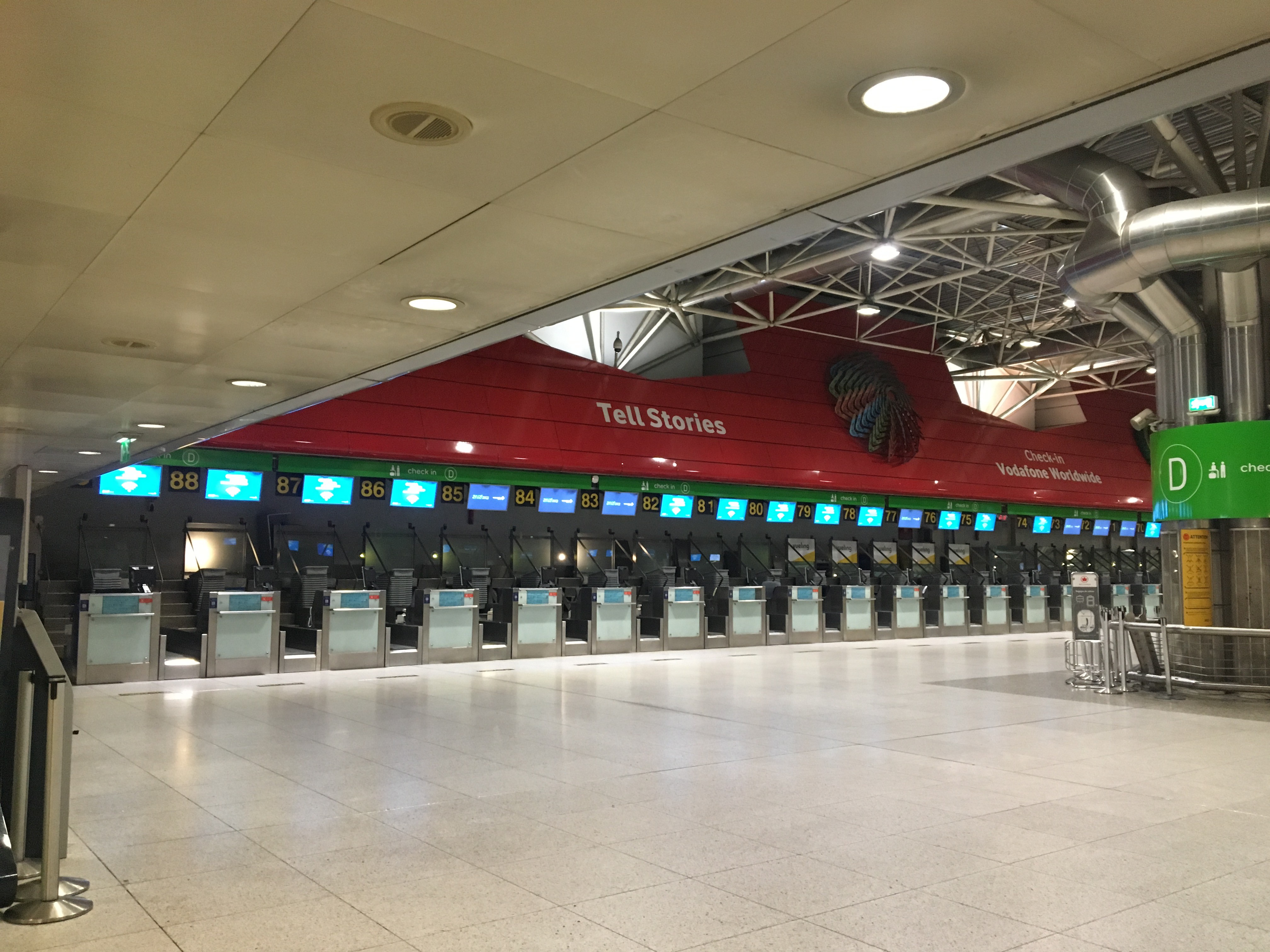 It’s been ages since I wrote a blog post, and I guess that’s because I’ve simply been getting on with enjoying my new life here in the tiny village of Coelhosa, near Gois. I’m feeling very settled in my little cottage and it feels very much like home. In fact, it feels so much like home that I am at that stage of wondering where “home” is these days – the UK or Portugal?

I went back to the UK for a couple of weeks at the beginning of August. I was really excited about seeing my family – I miss them all so much – but as the plane touched down at Gatwick on a damp and drizzly Thursday morning, I really did wonder what else there is in the UK to keep me coming back. Admittedly I was tired and grumpy at the time, having failed to sleep overnight at Lisbon airport (note to self: if you ever do that again, buy one of those U-shaped cushions!) but despite having two wonderful weeks with my lovely family, I did find myself looking forward to going “home”. So I guess that settles the matter, for now at least …

Of course, I was back in time for the unveiling of Prime Minister Johnson and his plans to implement Brexit, deal or no deal, on 31st October. I keep hoping I’ll wake up from a bad dream. I do have temporary (five year) Portuguese residency, so in theory I’ll be able to stay in my adopted home post- Brexit, but then that’s also dependent on how the UK treats EU citizens. Worrying times. There’s also other paperwork I need to get sorted before the deadline, like transferring my British driving licence for a Portuguese one. Bah. More time, money and hassle.

My time in the UK was a combination of relaxation and activity. I spent the first few days with my mum and son, catching up on all their news and enjoying being looked after; my brother and his family came over at the weekend, which was fab. Then Mum went away on a planned holiday and Dan and I had three days of computer gaming, TV watching and pizza eating. Before moving abroad, I’d been through 18 months of hell with Dan, in all sorts of ways – you might even say he was one of the reasons I ‘ran away’, if that’s what this is – so it was especially rewarding to spend some happy time with him. I also did some stocking up of teabags and Germolene, and ransacked the local charity shops for clothes. Over the weekend Dan was left to his own devices while I had fun at Truck Festival (music, not trucks!) with my bestest friend from school. It was a great weekend, if a little expensive (how I longed for the €1=£1 beer!), and with highlights including Nothing But Thieves, the Oxford Philharmonic, Mr Motivator and winning a set of cheerleader pompoms playing Musical Bingo, it was pretty random too!

Talking of things being expensive, I was shocked at how much I spent back in the UK without really seeming to spend anything. I ate through my savings at a frightening speed – no wonder when, for example, an evening out with Dan – ten pin bowling, Toy Story 4 at the cinema and a Chinese buffet meal – cost over £100! Everything seems so much cheaper here in Portugal, but then again in a country where the average wage is around €600 a month, I guess I can only say that from the point of view of someone charging UK rates for my work. And speaking of work, it’s been a bit sparse in the last couple of months, which hasn’t helped the bank account either. I do have a couple of juicy projects coming in at some point – In the mean time I’ll just have to fortify myself with the abundance of plums on my neighbour’s tree.

One highlight of my holiday was a visit to the Pitt Rivers Museum in Oxford with Mum to see ‘Lande’, an exhibition about the history of the refugee camps in Calais. You may know that I visited the infamous Calais Jungle a dozen times in 2015-16 (my blog posts about it are here) and it was fascinating to see it from the perspective of some of the permanent volunteers in the camp, and to share the experience with Mum, who was very supportive of my work there. I was especially pleased to see the photos of the interior of the beautiful Eritrean church, one of the last parts of the camp to be bulldozed, and to discover that the wooden cross that adorned the church has been saved. 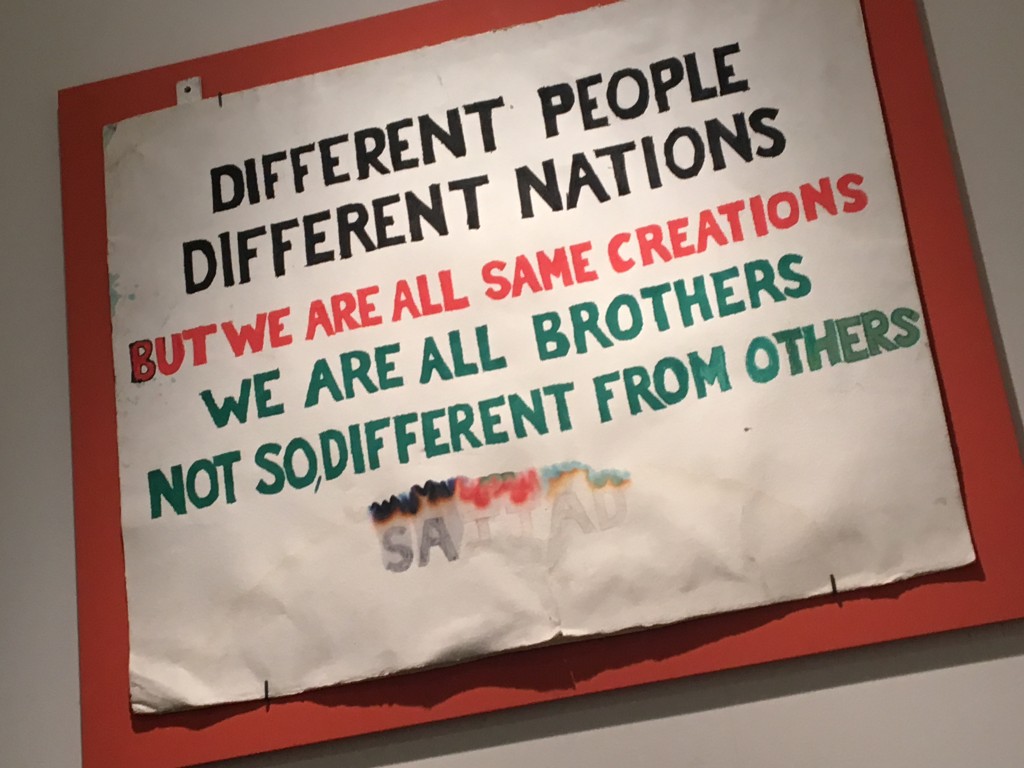 All too soon my time in the UK was up and after saying a tearful farewell to Mum and Dan I travelled into London for a cuppa with my dad (he would have given me a doughnut too but his Tesco delivery was running late) and then down to Sussex to my daughter’s house for an overnight stay before she travelled back with me for a couple of weeks in Portugal. And I’ll tell you all about that in my next post!

One thought on “Holiday in the UK”