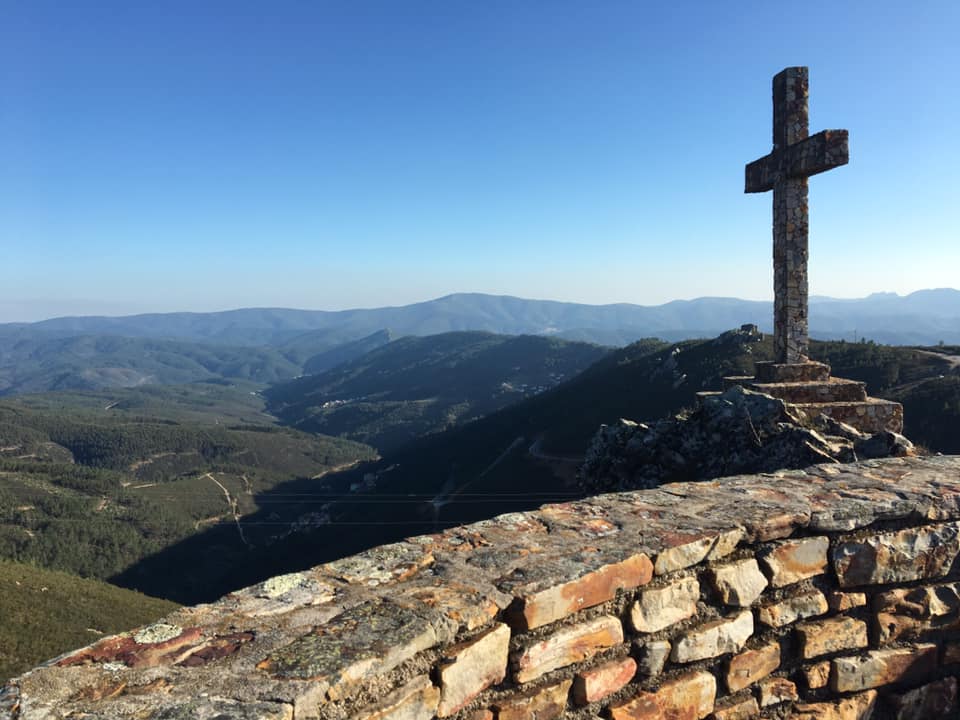 Living on the farm in central Portugal has given me a lot of time to reflect on what I want and don’t want in life. I don’t know that I’ve had a huge amount of insight though, as yet! One thing has become very clear, however. As Greta Garbo said, “I want to be alone!”

The first time I came out here was in August 2008. It had been a pretty horrendous year so far – divorce, death, depression and illness (years ending in 8 are never good for me!) – and I came with the children (then 14 and 10) for a fortnight. Andrea and Jeroen were between houses at the time. Their original home in Portugal was a small house in Coelhosa, near Gois, but in 2008 they bought Casalinho, but it needed a lot of work so they were renting a house in the nearby village. We had a wonderful two weeks, sunbathing, relaxing, reading and swimming, and we also went over to Coelhosa, to the other house, to see what it was like.

After our holiday I wrote in my diary, “So our two weeks came to an end and I really didn’t want to go home. At first I’d thought the area was too remote, too backward and too quiet for me but by the end of our stay I’d fallen for the beauty of the place and I could really see me setting up home there one day, living a simple life. In fact, so long as I had phone and internet – which Andrea has in her original house, which she just happens to be renting out

– I could even continue to run [my business]! … One day [the children] won’t need me so much, and who knows, maybe I’ll be heading out for a new life under the Portuguese sun.”

And that vision of me in the little house, pottering around, growing things, working part time and enjoying the peace and quiet, is what has endured.

Life here on the farm at Casalinho has been an amazing experience. I love working with the animals – feeding the pigs, walking the goats, being surrounded by ducks and chickens, fighting off Mr Goose and so on. I love my cosy caravan. I love Andrea and her family to bits. And I love what they have created here, this little haven of peace and tranquillity. I’m enormously grateful to them for their generosity in taking me in and giving me a home, a purpose and space to think. But from very early on, I’ve been aware that this is their life, their dream, not mine. I’ve been hitching a ride and while it’s been a fabulous introduction to what life could be like here, it’s left me with a nagging feeling that I need to be striking out on my own, doing my own thing.

The ten days I spent in Arganil dog-sitting only helped to cement that desire for solitude and my own place. I took with me a big bag of things to do – paints, knitting, colouring books etc – but barely touched them. I wondered if I would get tired of my own company but in fact, the days passed so quickly. I read lots. I listened to music and the radio. I did quite a lot of work. I walked the dogs and enjoyed having them as a reason to get me up and out of the house each day. I had a couple of outings – shopping in Arganil, lunch with a friend, then an afternoon with that same friend at a local “Sopas e Doces” festival (soup and pudding!). I ate what and when I wanted, cooked what and when I wanted, did whatever I wanted, when I wanted.  And I spent a lot of time just sitting, thinking – or not thinking – and enjoying just being. And I was never once bored!

Now I’m back on the farm again, back with Andrea and family, the animals, and three volunteers. As a working permaculture project, Casalinho has always been a destination for volunteers who come for a few weeks to work on the farm in exchange for bed and board. I’ve always thought it must be fascinating to play host to people from around the world, and I have been here before when there were volunteers. The guys we have here now are all lovely, friendly, interesting people and I get on well with them all. But I’m finding it hard work being around people all the time and I find I’m sneaking off on my own more and more. Whether it’s because I had those ten days alone in Arganil, or because fundamentally I am craving solitude, I don’t know. But that Greta Garbo voice is getting louder and louder…

So in the next few weeks I will be moving to the house at Coelhosa. It’s a tiny place – two rooms and a compost loo – but perfectly big enough for me. Andrea and I are currently arguing over whether there is a mattress there or not – I think there is, she disagrees; it’s her house so she’s probably right! – so we will be visiting at some point to ascertain what I would need to make it habitable. [UPDATE: we visited yesterday and I was right 😀 ) And then I’ll be moving in and starting a whole new chapter in my life that will be shaped entirely by me.