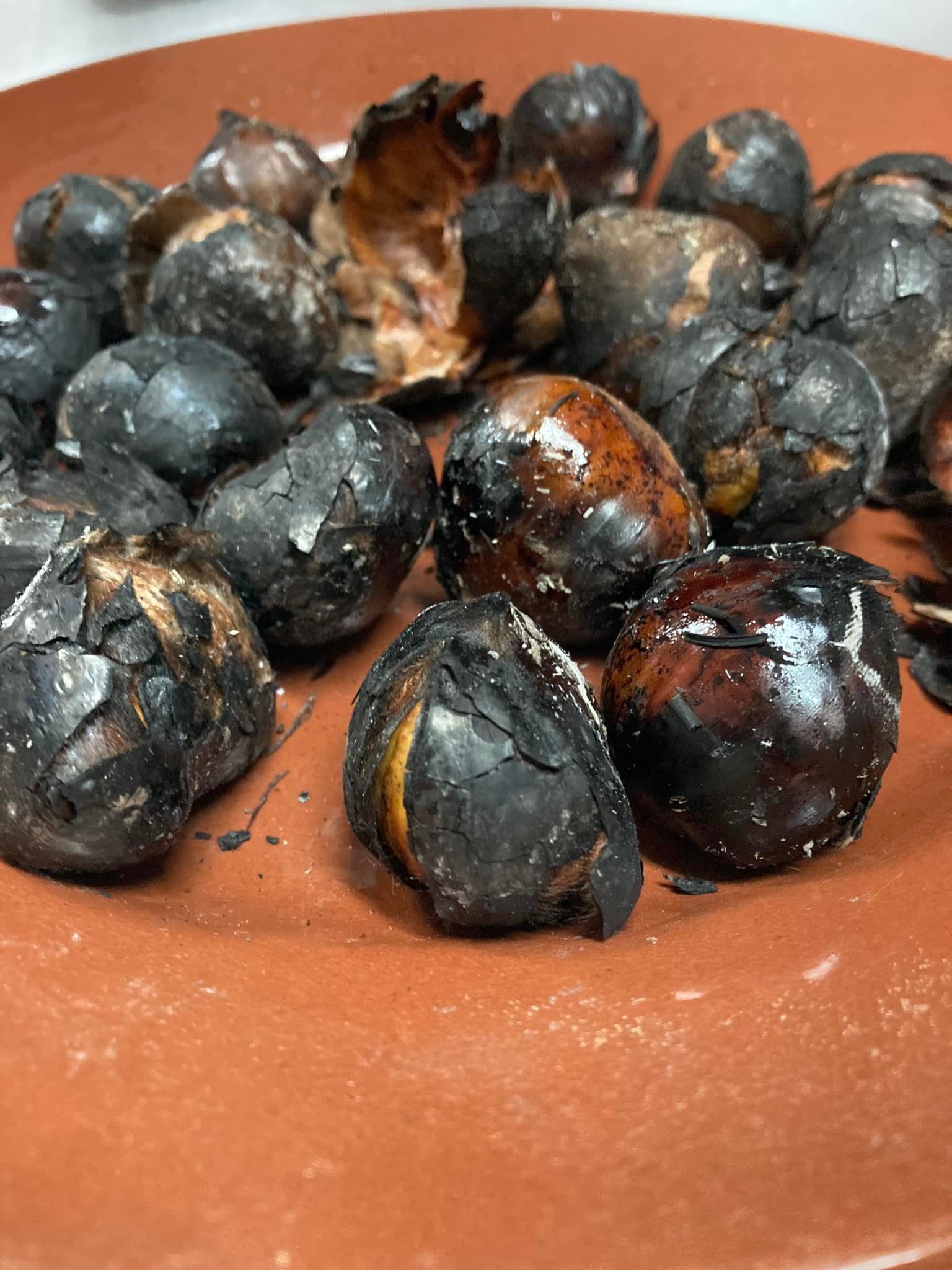 The main thing going on in November was that I took part in – and won – NaNoWriMo. National Novel Writing Month – when you writing a 50,000 word novel during the 30 days of November – is something I have wanted to do for a very long time. I first made an attempt at it back in 2011 and managed about 3,000 words before life got in the way. Then in 2012 I entered the challenge as a ‘rebel’, writing about 15,000 words of a non-fiction book before running out of steam (the book did get finished and published the next year). And since then, every year I’ve told myself I’ll do it and every year November comes around and I have no plan, no time and plenty of excuses.

But this year was different. The seeds of a story came into my head in July and I’d planned out some characters and locations and a rough plot. And then I sat down every single day in November and bashed out around 1,667 words. Provisionally called Escaping the Hive, the novel is about a dull, boring middle-aged civil servant who escapes her tedious life for an exciting few months in central Portugal…. haha it’s not at all autobiographical although obviously I have based some of the people and places on my own experience . My crazy ex-neighbour Fernando is in there, as is one of the lovely donas in this village, and the main location is partly a derelict building I spotted on a trip to the mountains, and partly a retreat near here I’ve been to a couple of times. Well, they say write what you know … although I was surprised when my main character, Frances, suddenly revealed a passion for horse riding as I am terrified of horses!

My mum has read it and says it’s well-written and enjoyable but nothing really happens … I’ll take that, for a first attempt at novel writing! I found the whole process fascinating – my characters definitely took on a life of their own and I felt bereft when I got to the end and had to leave them to their lives. Anyway, I haven’t decided what to do with it yet – at some point I will read it through and see how I feel and whether I can add a bit more action, and decide if it’s worth editing and potentially self-publishing. The main thing is I DID IT!!

Remember my new friend, Vivian, I met at the seaside in October? I met her through a Facebook group, Single in Central Portugal – months back I started a weekly chat session for the group and the first two people I met were Vivian and a guy called Anand. We all bonded really quickly and became friends, having our own little chat group and occasional video calls. Anyway, in November I finally got to meet Anand. In fact, the plan was for the three of us to get together but sadly Vivian wasn’t well on the day. We agreed to meet at Coimbra station but of course there are two and I was wating at one while Anand was at the other … After some confusion and tailing each other around the city looking for a car park, we eventually met up. “What do you fancy eating?” Anand asked. Curry was my response – of course – and there just happened to be an Indian restaurant 50 yards from where we were standing! So we spent the afternoon eating popadoms and onion bhajis and chatting, and chatting, and chatting … eventually the restaurant closed but we were at a table outside and the owner said we could stay as long as we wanted. We had a lovely afternoon … and the promised meeting with the three of us is planned for next weekend!

Towards the end of November I was invited by my Portuguese teacher to a ‘magusto’ – a traditional event to celebrate the end of summer and the beginning of winter. It was held at his association (where the pizza evening was in the summer) and it was a jolly evening attended by both Portuguese and estrangeiros (foreigners). A thick circle of pine needles was laid out on the ground and chestnuts scattered on top. Then another layer of pine needles was added and the whole thing was set alight. The chestnuts cooked really quickly and were collected from the ashes while still hot. Then we went indoors to eat them, our fingers quickly becoming blackened as we cracked open the sooty shells. It was lots of fun and I was pleased to have been part of something so traditional to Portuguese culture.

Three other notable things in November … I’ve been part of a book group now for about six months, and we have mooted the idea of expanding to include a film group, meeting once a month to watch a film and discuss it. Anyway, one of the members mentioned that there was a film called The Holy Mountain that was loosely based on one of the book we read together, Mount Analogue. So we all gathered to watch the film, which was … well, ‘unusual’ is perhaps the kindest way to describe it. Not for me, really… but it was an interesting evening all the same.

My neighbour, who I get on very well with, is American and invited me over for Thanksgiving, which was a very good night where I ate WAY too much! She introduced me to white gravy, and she also cooked Yorkshire pudding for the first time ever – and they were seriously good Yorkshire puds!

Finally, I heard about a volunteer dog walk the local council kennels were organising and I went along. I was able to choose any dog I wanted (and there were about fifty of them…) and then take it for a little walk around the area. I chose a beautiful female dog I named Lady, and it was wonderful to see her out of the concrete enclosure and enjoying some freedom. There is the chance that I could do this on a regular basis – I haven’t followed up on it yet, but volunteering is on my goal list for 2022 so it’s definitely something I will explore.

And so to December. I had a flight booked to the UK to spend Christmas with my family, so, with Covid cases rising, and the requirement to test and test again and isolate until the results, I decided to put myself into isolation to ensure I made it onto the plane. It meant I had to let down some friends with whom I’d arranged to meet, and cancel some plans, but it was worth it because I passed the test and made it to the UK and had a lovely time there with my family. OK, Covid wrecked many of our plans – I was stupidly excited about seeing Hamilton with my kids, and that was cancelled, and Katie and I had tickets to Everyone’s Talking About Jamie, which was also cancelled, and some friends I was due to have a beer with had Covid so that was off, and my brother and his family all had Covid so we didn’t see them either. But I did spend time with my mum, and visited Dan’s new flat, and saw my dad in his new care home, and met a couple of friends for a beer, and got my hair cut, and went down to Katie’s, and spent three days eating chocolate and watching Drag Race, and went shopping, and had fish and chips AND curry AND Chinese (though not all at the same time), and went to an aquafit session, and had my family all together for Christmas, and played games, and watched TV, and ate and drank too much, and generally had a wonderful time.

And when I read back and see how much I do in the UK, it really brings it home to me what I miss about the UK – Portugal might have the beautiful scenery and the river beaches and the mountains, but…

Today is one of those days when it feels like a move back might be on the cards!