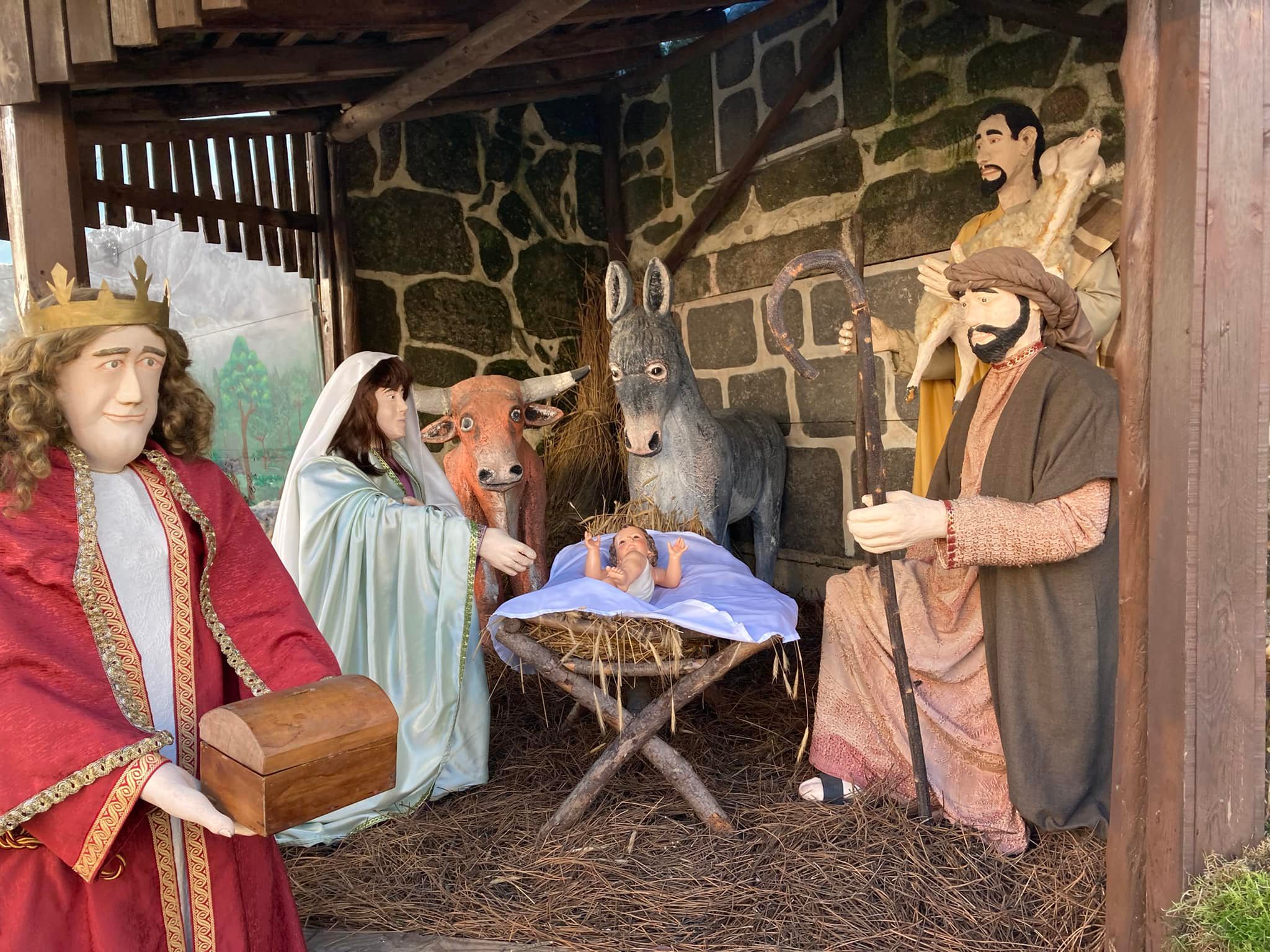 I was going to include this in my round up post but decided it deserved a post to itself! Towards the end of November some members of a community group in my village started building a ‘presepio’ – a traditional Nativity scene, but this one went much further in that it became a miniature replica of the history of the village and the surrounding area!

It was fascinating watching the presepio being built, and every day there was a new section added. Many of the buildings were miniatures of those in the village, such as the school or the building outside which the presepio was constructed. There was also a replica of the old church, which apparently stood right in the middle of the village until the 1980s when it was knocked down and a new church built elsewhere. There were replicas of some of the features in the village such as a font, a water tank and well (that, I learned, would once have been operated by a donkey), the wash stand and the wayside crosses, as well as dozens of figures. The local area was represented by the bridge over the Mondego and the Neolithic tomb in the next village. At the centre was a more traditional nativity scene complete with animals with very confused expressions on their faces! It was truly a sight to behold and I was very sad when it was taken down this week.