I’m not one to have idols, and I don’t really “do” celebrities all that much, but there are some people who have influenced me or touched my life in some way, of course. And within the space of two days, the world lost two of those people – Victoria Wood and Chyna. 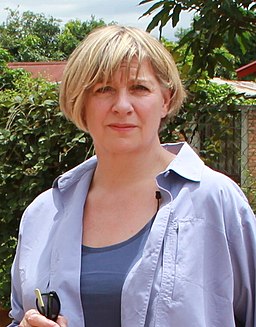 My mum and I are both huge fans of Victoria Wood. Back in the 80s we spent many an evening together watching Victoria Wood As Seen on TV and many of the characters she played had catchphrases that became part of our family vernacular. I’m thinking particularly of the wonderful world of Sacharelle, and Kimberley’s friend, forever waiting for her to turn up. And then there were her incredible creations Mrs Overall and the elderly waitress, played so wonderfully by Julie Walters. Many a time Mum and I have watched a waitress of a certain age wobble across the floor and looked at each other and said, “Two soups!”

And who could forget “The Ballad of Barry and Freda”… Having worked in my grandma’s sweet shop as a kid and read many copies of women’s magazines there, “Beat me on the bottom with a Women’s Weekly” never failed to raise a chuckle.

Victoria Wood always seemed to be such a NICE person. Just your regular Northern girl who just happened to have a huge talent for writing funny sketches and songs, and bringing them to life in such a memorable way. And she was a bit chubby too – seeing a chubby woman on TV when I was a chunky girl was a big confidence booster. And she was just so funny. And of course the 80s were so male dominated when it came to comedy – okay, probably nothing much has changed even now, but Victoria Wood was a bright light for women everywhere, a woman who was equal on the bill to men, and who was able to poke fun at men and women alike in a way only women really understood.

When I heard the news yesterday that she’d died I had to resist the urge to say “She didn’t”… But sadly, yes, she did. Just 62 – no age at all. Yet another reason to say #fuckcancer. 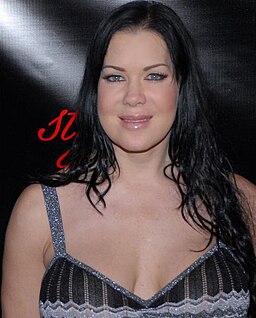 And then this morning I woke up, had a look at Twitter on my phone – and read that Chyna AKA Joanie Laurer had also died, at the age of 45 or 46 (I’ve seen both – but close to my age, either way). Nooooooooo! When I was a huge huge WWF (now WWE) wrestling fan, Chyna was one of my all time favourites. At a time when most female wrestlers were bints in bikinis, here was a strong, handsome woman who could stand toe to toe with any man in the ring. She had muscles on muscles but still managed to ooze sex appeal. She showed me that women can stand equal to men in any arena, and I’ve never forgotten that.

Rest in peace, Victoria Wood. Rest in peace, Chyna. In your very different ways you were both ambassadors for women’s equality in a male world. Thank you and farewell.