A couple of years ago I wrote a review of the O2 Joggler, which I bought when O2 reduced the price to £50 for a while. For those who’ve never come across a Joggler, it’s a 7″ digital picture frame with extras, like a built in calendar, memos and internet radio.Iit’s a handy little device which O2 sadly decided not to support, and I believe it was withdrawn from sale not long after I bought mine.

Fortunately the story doesn’t stop there, for a lot of technically-minded people saw great potential in the Joggler and a community of Joggler users have hacked the device and written all sorts of funky apps for it and got Linux, Android and Windows XP running on it too. I’ve tried out quite a few and settled on PnP, which gave me extra radio stations and a BBC iPlayer app among other things. I was happy with the results, but the installation wasn’t the most straightforward thing to do and the Joggler itself became a little unstable, locking up at times. However, there is a new version of the app – P n P Mark II –

and it has made me very happy, because not only is it simple to install (so long as the USB memory stick you use plays nicely!) but it has a fresh new interface and a whole host of features that extend the usefulness of the Joggler.

So here’s the lowdown on what PnP Mk II includes:

Opera internet browser
Internet radio – the main stations from around the UK
Squeezeplay – a useful thing that lets you stream radio and music from a range of sources including Spotify (so long as you have a premium account)
BBC iPlayer – live TV and radio streaming, plus a back catalogue of TV shows and radio podcasts
You Tube
Google Calendar
News and sports news headlines from Sky
A news feed app that includes entertainment, football and Disney news (!)
Daily Dilbert cartoon
A load of games including Angry Birds
A timer (very useful in the kitchen!)
Weather forecast
Calculator
Memos
Alarm clock
and more …

You can also connect to any system on your home network swo as well as streaming TV, radio and music from the web I can listen to music on my NAS drive (though admittedly that was on the original O2 operating system).

This new application has really given the Joggler a new lease of life and shows just how good it could have been if O2 had invested in it properly. Thank goodness there are some generous people in internet land who have spent time creating all this fab stuff for me to use!

If you’ve got a Joggler and would like to try the new software out it’s available online at the O2 Joggler Forum. And if you aren’t a Joggler owner but fancy trying one out have a look at the Marketplace section on the forum, where there are normally some for sale. In fact, I’m even thinking about buying myself another one … or two …

Finally, just to demonstrate the extent to which the Joggler has been pimped … here’s the original O2 video about the Joggler:

And here’s my quick overview of the Joggler with PnP mk II! 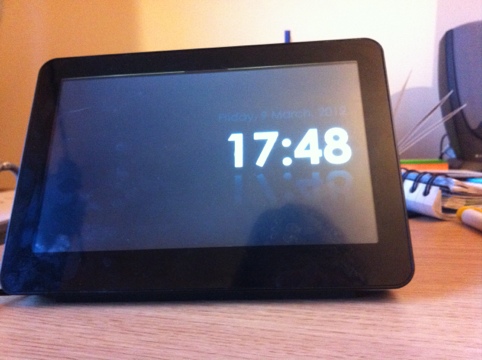 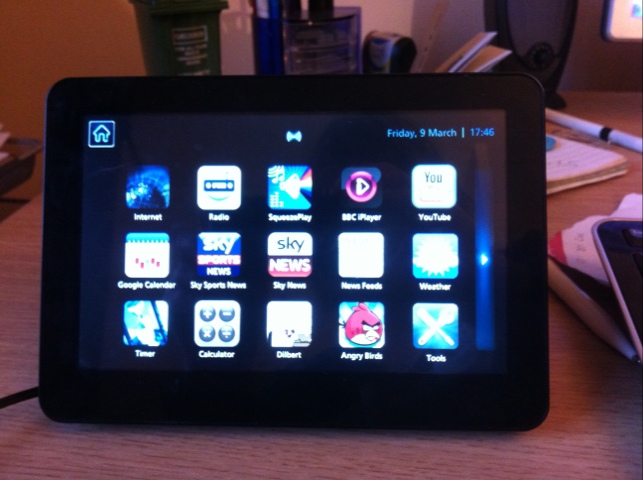