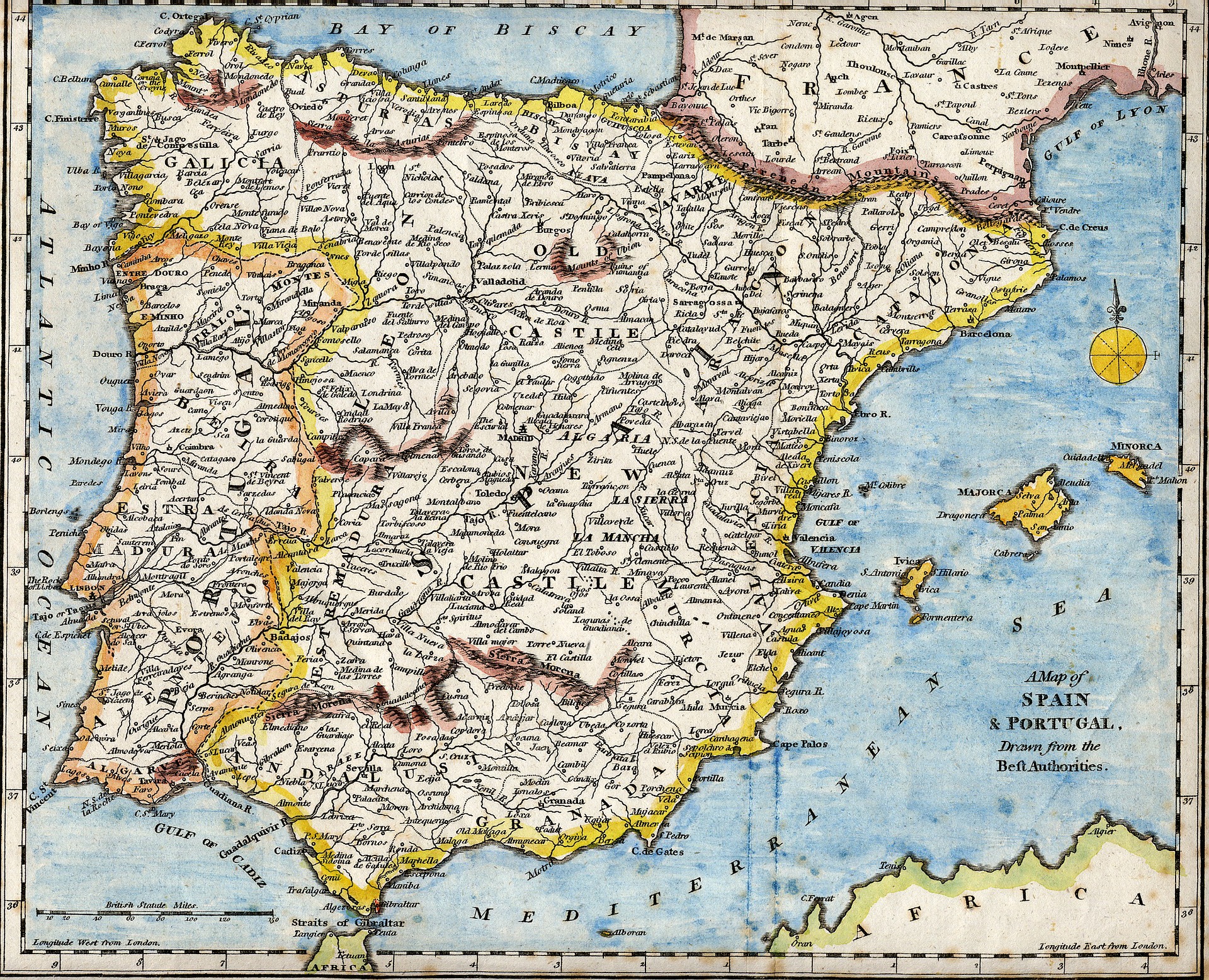 I’ve been meaning to write this blog post for a couple of weeks but January disappeared in a flash – and the last week especially has been crazily busy. Having spent several weeks gradually decluttering, I had most things packed by last weekend, but this week I discovered just how challenging it is to move house as a single person! The last seven days have been spent packing the last bits, taking down pictures, filling holes, emptying the garage, tidying the garden, taking furniture apart, moving everything into storage (with the help of a very friendly man with a van), three runs to the tip, touching up the paintwork, two full days of cleaning (huge thanks to my mum for helping!), having some carpet replaced, dealing with a carpet cleaner, arranging the collection of several heavy garden pots, filling the bin, “borrowing” a neighbour’s bin and filling that too … By the time I handed the keys over to my landlord on Saturday afternoon I was shattered!

So now it’s Monday morning and I’m sitting in the bar on Cap Finistere, my ferry from Portsmouth to Santander. Last night’s crossing was reasonably smooth though I didn’t sleep too well. I’ve just had a huge breakfast and am now planning what to do with the rest of the day. Then, after another night on board, we will dock at Santander tomorrow morning and I’ll drive through Spain (via a night in Salamanca) and over the border to Portugal, arriving on Wednesday 6th February.

When I’ve told people about my plans to live in Portugal for a few months, they have been very positive, on the whole. “How exciting!” people have said. “And how brave you are to do that on your own.” Yes, it is exciting, but I don’t feel especially brave; this is just something I feel I need to do. But if you want to think of me as a brave person – yeah, I’ll take that!

And people have asked me, “Why Portugal?” and “Why now?” Good questions! I hope this post will go some way towards answering them.

This is the easy one really – convenience! My best friend moved to Portugal in 2005 and has a smallholding in the mountains in the centre of the country. I’ve visited her four times now and have been won over by the stunning scenery and the slower, more traditional way of life. Of course, I could find stunning scenery and traditional ways in many other countries, but Portugal seems like a no-brainer when I already know people there and have an offer of accommodation. I may decide I’d like to travel elsewhere, further afield maybe – but Portugal, with the support network I already have there, seems like a sensible place to begin my adventure.

This is a more interesting question, I think. And there are a few reasons why 2019 feels like the ideal time for me to embark on an adventure.

I’ve wanted to live abroad for a long time. I came home from a holiday in Ibiza when I was 19 with the crazy idea of working a summer season in Europe and the following year a friend offered me the chance to work in a restaurant in Corfu for a few months. I was all set to go but then he came back to the UK with a tooth abscess and never returned to Greece, so that was the end of that. Then I applied for and was accepted by Camp America to work as a youth mentor, but I started dating someone new and foolishly decided not to take up the place. And then I met my children’s father and had kids … and put my dreams on hold.

They resurfaced again with that first trip to my friend’s place in Portugal back in 2008. She’d recently moved from a small cottage to a bigger farmhouse, but she still owned the original house and I could really picture myself living there in the wilds, with a few goats and chickens, a couple of cats, an olive grove. However, my kids were 14 and 11 at the time and it didn’t seem like something I could do right then – but maybe one day …

That picture – of me in the little house, with the goats and cats – has stayed in my head ever since. One day I want to move to the Norfolk coast and settle in Cromer, but I just know I need to fulfil this desire to live abroad first – so I don’t spend the rest of my life wondering “What if…?”

I’ve reached a juncture in my life when I’m not really sure what I want to do next. I worked in publishing when I was younger, but then became a full-time mum and that’s not really changed for the last 25 years. Okay, my kids are adults now, but my life has been dedicated to putting them first and my own needs and desires have become something of an afterthought. As a result, I’ve slipped into that thing of being Katie and Dan’s mum rather than a person in my own right and I’ve somewhat lost sight of who I am. Ask me what I enjoy or what I want to do and I struggle to come up with anything because the last 25 years have been focused on other people’s happiness rather than my own. Don’t get me wrong – I love being a mum and I wouldn’t change my past for a second. But now it’s time for me to discover who I am, and I hope a complete change of scenery and lifestyle will give me the time and space to do that.

The last 18 months have been brutal. I’m not going into too much detail here but a combination of departed friends, broken and abusive relationships, money problems, parenting troubles, workplace bullying and mental health issues have brought me almost to my knees. I’ve realised recently that I probably had something resembling a breakdown in September, resulting in me pretty much taking to my bed for weeks on end. Fortunately, the support of family, friends and Prozac has lifted me out of the hole, but I am still feeling very bruised and battered. I’m hoping these next few months of living a simple life in a beautiful setting will give me the opportunity to rest and recover.

Since I lost my job at the end of July I’ve tried to get my self-employed business The Proof Fairy off the ground again. At least, I did try for a couple of weeks, before I got hit by depression and took to my bed. I have had a few projects to work on, and I have at least three client books heading my way once I arrive in Portugal, but this time away will give me space to think about where I want my business to go and how I want to shape it. I’d love to develop it to the extent that I can travel wherever I want and know I can earn money – so I’ll be doing a lot of thinking about how I can achieve that. I also have a few books I want to write.

Again, without going into too much detail, I need to do this to put some space between my son and me. Because of his ADHD and Asperger’s, I have always been there fighting his corner, all his life. However, there came a point when I needed to step back and start letting him take responsibility for his own actions – but love for my son blinded me to that realisation and I’ve become his rescuer and enabler in situations where it wasn’t healthy for either of us. Things came to a head towards the end of last year and I’m really hoping he has now turned a corner and can start getting his life back on track – but it’s not going to happen while I am always on hand to bail him out. So moving abroad seems like a good way to break this co-dependent bond and hopefully create something healthier that will benefit us both.

A brief window of opportunity

Family does come first for me – I will always be there for them. However, it seems like I have a small timeframe when I can do things for me rather than anyone else. My son will benefit from the break, my daughter is well established in life but not likely to have babies for a year or two (and I won’t be able to resist grandkids!) and my mum, at 75, is in very good health – but who knows when that may change. So I reckon this is the best time for me to escape from family responsibilities and be selfish – as in putting myself first – for a while.

Despite all the stresses of last year I tried hard to throw myself into new experiences and to an extent I did that – I joined a singing group, holidayed alone in Cornwall, did craft activities etc. So this adventure is an extension of that – I’ll be living on a farm with animals, in a country with a different language and culture so there will be plenty of opportunities for me to try new things.

The threat of Brexit has been there in the background throughout all my planning and plotting. There will soon come a day when it won’t be so easy to just take off and settle in another European country, without needing visas or having to pay for private healthcare etc. When I set the date to move it was with the knowledge that, following a deal to leave the EU, I’d still be treated as an EU citizen so long as I’d moved and registered in Portugal before the end of March – so that did play a part in encouraging me to make the move now, rather than later. However, as it now looks like we are hurtling towards the unknown entity of a no deal Brexit, who knows what will happen …!

Why Portugal? Why now?

3 thoughts on “Why Portugal? Why now?”